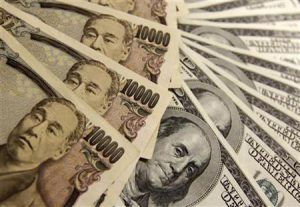 One of the intended consequences of a country adopting a Negative Interest Rate Policy (NIRP) is a sharply lower domestic currency, which usually is considered a positive as it stimulates a regionâ€™s growth and inflation expectations. So when, in late January, Bank of Japan (BoJ) Governor Haruhiko Kuroda shocked the markets by introducing negative rates to the countryâ€™s already extraordinarily loose monetary policy, it was not imagined the Yen would go on to rally to a 17-month high of Â¥107.7 against the Dollar by early April, representing a 10% jump from Â¥121.1 to the Dollar at the time of the announcement.

The subsequent and unanticipated strength of the Yen has not only called into question the credibility of the BoJ and undermined its efforts to kick-start the flagging economy, it has also been much to the detriment of Japanâ€™s export-reliant stock market, which, barring Italy, has been the worst-performing developed equity market so far this year; at the time of writing the Nikkei 225 sits some 17% lower. Consequently, Japanese officials have not hesitated to warn of their willingness to intervene to halt further excessive Yen appreciation.

However, on the other side of the trade, heightened concerns over the health of the US economy, firming commodity prices and the more dovish rate path embraced by the Federal Reserve, have pushed the US Dollar lower against many of its global peers, which, in turn, paved the way for US stock markets to totally reverse the losses suffered earlier in January and February. China, along with other emerging economies closely linked to the fortunes of the Dollar, were also beneficiaries as they found reprieve in a cheaper â€˜greenbackâ€™.

As the Yen and Dollar, along with the Japanese and US stock markets, travel in opposite directions, this rather suitably serves to highlight the importance of holding an investment portfolio that is not only varied by sector and asset class, but is also geographically diverse, with underlying exposure to different continents and currencies, to assist in mitigating the unpredictable market swings we are becoming all too familiar with, in no small part thanks to the ever-more creative, though now ostensibly less effective, individual countryâ€™s monetary policies.

Should you wish to discuss any of the above commentary in further detail, or are considering adjusting your investment strategy in general to accommodate to the constantly changing investment backdrop, then please contact one of our investment management team on 01604 621421.