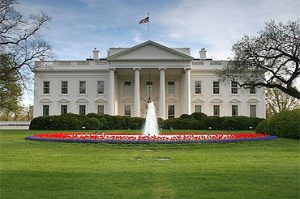 Had you been told 12-months ago that Donald Trump would be the Republicanâ€™s Presidential candidate, and in with a very real chance of becoming the 45th President of the United States, you wouldnâ€™t have been alone in responding with disbelief. But then again, I doubt this time last year many would have predicted that Britain, led by Theresa May, would now be preparing to negotiate an exit from the European Union.

If the current polls are to be believed, a victory for Hillary Clinton still looks the most probable outcome of Novemberâ€™s forthcoming election. US stock markets also seem to be pricing in a landslide Democratic win, as the Dow Jones and S&P500 continue to test their all-time highs, suggesting investors are expecting Clinton to at least maintain her current lead. Unfortunately, to us Britons, this complacency is all too familiar, bearing much resemblance to the run up to 23rd June, when Â£1 bought you almost $1.50 and nobody had ever heard of â€˜Article 50â€™.

For investors, a win for Clinton is likely to leave the US markets relatively unobstructed, though still occasionally buffeted by the Federal Reserve continuing along its monetary tightening cycle. A Trump triumph, on the other hand, could send shockwaves through global financial markets, and has been dubbed as potentially a â€˜Brexit on steroidsâ€™!

Undeniably his radical immigration policies are dangerous, but these aside, it is argued his economic reforms, could actually be constructive both on a consumer and corporate level. The â€˜Donaldâ€™ and his team of advisors (mostly Wall Street financiers and real estate investors) have promised to overhaul the tax system, which would include a new income tax mechanism and a one-off tax deal to encourage the repatriation of $1.2tn of cash held overseas by corporates, to significantly increase infrastructure spending, to deregulate sectors such as energy, and to enforce tighter pricing controls in the pharmaceuticals sector. All of which could, in theory, â€˜glideâ€™ through Congress as the GOP may well control the White House, the House of Representatives and the Senate, thus ending the political deadlock endured in recent years.

In the UK, the effects of the EU referendum are yet to be fully felt (or understood), though pulling the â€˜Article 50â€™ lever could quickly change this. The reaction and surprise, however, to an anti-establishment vote prevailing in the US could be instant and far more severe. This is why in politically sensitive times such as these, we continue to advocate the use of a diversified and multi-asset investment approach, resilient enough to weather such significant events.

Should you wish to discuss any of the above commentary in further detail, or are considering adjusting your investment strategy in general, then please contact our investment management team on 01604 621421.