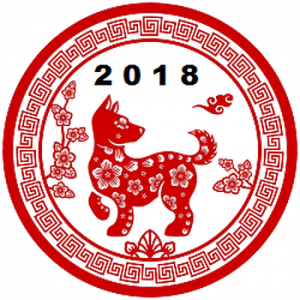 In 2017 financial markets were synonymous with low levels of volatility, ostensibly ‘stretched’ valuations and new all-time highs being recorded, as global economic growth potential was underestimated by the consensus. In the UK, sterling strength and runaway inflation served to cap some of the upside, as the FTSE All-Share added 9%. While, in comparison, both the S&P500 and the Nikkei finished some 20% higher, as the FAANG technology stocks (Facebook, Apple, Amazon, Netflix and Google (now Alphabet)) did most of the heavy lifting in the US, while Japanese equities found continued support in the BoJ’s ultra-accommodative monetary policy.

A weaker dollar, firmer commodity prices, the Federal Reserve’s gradual tightening and China’s economy growing ahead of expectations, saw investors pour into emerging markets last year, marking an end to years of underperformance versus their developed peers, as the MSCI Emerging beat the MSCI Developed index by 15 percentage points. Many emerging currencies also strengthened, with the South African rand recording double-digit annual gains for a second straight year, while the Czech crown and Polish zloty were both up almost 20% against the dollar and 5% versus the euro.

2018 has already begun on the front-foot thanks to Donald Trump’s first legislative triumph; the most significant overhaul of the US tax code in thirty years, which includes slashing corporation tax from 35% to 21%. Equity bulls hope to see this filter through to corporate earnings, though bears would suggest these hopes have been ‘baked in’ to share prices trading on already frothy valuations. The minutes from the latest Fed meeting suggested that the tax cuts might also require a more aggressive return to ‘normalisation’, with the next rate hike pencilled in for March.

With the volume of world trade estimated to have grown by 4.3% last year, and global composite PMIs (purchasing managers indices) reaching multi-year highs, there is little evidence to suggest growth is moderating just yet. However, share prices outpaced underlying earnings growth at a rate of 2-to-1 across several developed markets, which might suggest that, irrespective of whether the growth narrative remains robust, should sentiment topple for other reasons, current valuations could prove vulnerable.

Although difficult to identify just where the ‘epicentre’ of the next shock could originate, it is important to be aware of the current possible threats. Whether it be an escalation in geopolitical tensions (most notably between the US and North Korea), moves towards protectionism and the tearing up of trade agreements, inflation returning faster-than-anticipated, the withdrawal of low interest rates and quantitative easing, bond market susceptibility, or a slowdown in Chinese growth (or a full blown debt crisis!), with markets poised so precariously we are firm believers in holding an appropriately diversified and continually monitored investment portfolio, to preserve and add value.

Should you wish to discuss any of the above commentary about the markets this year in further detail, or would like to discuss your investment strategy in general, then please contact our investment management team on 01604 621421.