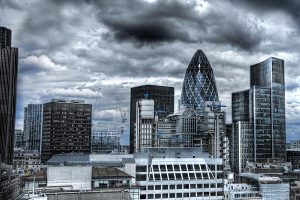 With political turmoil and unpromising Brexit negotiations rather clouding the outlook for the UK, it is important to note that our economy represents only 3% of global GDP. No matter how harsh conditions become domestically, it is unlikely the UK would ever be the root cause of a global recession. It is, therefore, much more useful to focus on the US, which is home to the world’s largest economy and accounts for more than a quarter of world GDP to assess the likelihood of a global downturn.

Most economists agree that the US is now mid-to-late cycle, with the next recession almost certainly closer than the last, and a 70% chance of it occurring within the next three years, according to JPMorgan. Historically, a reversal in both jobless claims and consumer confidence has proven to be what is known as a ‘leading indicator’, foretelling a recession, however neither measures have yet begun to turn negative. Falling unemployment and rising wage growth could potentially put pressure on corporate profits, though this certainly wasn’t evident in the last earnings reporting season.

When the last recession occurred, almost exactly a decade ago, it was the defaults of low quality mortgage-borrowers that were blamed as the catalyst for the financial crisis which started the recession. Today, total US debt stands at $12.7 trillion, of which mortgage lending makes up 68%, although importantly, just 2% is currently loaned to ‘sub-prime’ applicants. This offers considerable comfort relative to 2007 when, although mortgages made up a similar portion of total debt, over one-third of was lent out to borrowers likely to have difficulty maintaining their repayments! And, although the sub-prime auto-loans market has exploded over the last few years, its share of outstanding debt is considered too insignificant to unleash the next crisis.

If the current levels of US economic growth were to continue, the Federal Reserve will need to continue to raise interest rates in order to keep inflation in check and to begin to reduce the enormous balance sheet accumulated as a result of years of quantitive easing. It is perhaps here where the most likely risk of recession arises. Two to three more interest rate hikes are currently factored in by investment markets before the end of 2019, whereas, on their current trajectory, the Fed has pencilled in a further seven. Adopting an overly-hawkish approach could exacerbate any weaknesses in the economy and has the potential to quickly derail sentiment across US and global stock markets.

Whilst it is impossible to predict exactly when the next recession may hit, seasoned investors will be keen to highlight the last leg of a bull market is often buoyant and sitting out can negatively impact on relative performance. However, with valuations looking stretched and the end of unprecedented global monetary policy nigh, we would advise approaching markets with some degree of caution and continue to advocate adopting a multi-asset, diversified strategy and professional portfolio management.

Should you wish to discuss any of the above commentary in further detail, or would like to discuss your investment strategy in general, then please contact our investment management team on 01604 621421.