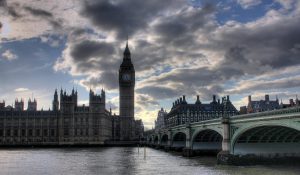 Nobody could have predicted the tumultuous year we have had so far. If one thing is certain, however, it is the fact that 2020 has seen the largest amount of government borrowing since World War II.

Support measures such as the furlough scheme, Eat Out To Help Out, bounce-back loans for businesses, as well as the newest package of support for those businesses enduring Tier 3 lockdowns has already cost the government upwards of £200bn: a figure which is only projected to grow.

Earlier this year, the UK’s national debt sprinted past the record £2trn milestone, and it shows no signs of slowing down. To quote a popular phase of the previous election: ‘there is no magic money tree’, which begs the question, how are we going to pay for it all?

With a no-deal Brexit potentially looming, many point out that raising corporation tax might not be a good idea. During September, it was reported that Chancellor Rishi Sunak was considering raising corporate tax from 19% to 24%, news that shocked and horrified business owners and groups.

Due to both political and economic uncertainty – as well as a deep recession – think tanks believe it could be suicidal to put yet another hurdle in front of businesses.  It is believed that if we are to kick-start the economy again, and create jobs and growth, businesses will need a stimulant – not a depressant.

Although the government only cut national insurance tax in April, it appears that increased taxes for both the wealthy and the lower earners are being considered.

Paul Johnson, the director of the Institute for Fiscal Studies, said that “If you are looking to raise taxes, the likelihood is it’s going to have to be a fairly substantial increase”.

We know that both Johnson and Sunak are open to the idea of increasing taxes, but how or when they will do that is, at present, is unclear.

It is quite likely that we will see new taxes introduced to help the government with the national debt crisis. In the months before lockdown, the rumour of a ‘mansion tax’ was doing the rounds – an annual charge of 1% of the value of any properties worth over £2m.

The mansion tax was met with a bustle of controversy and quickly left the spotlight, but the government might be forced to reconsider the proposal.

Another tax we might see become a reality is the online sales tax. With so much moving online during 2020, and with the likelihood of consumer buying habits being changed for good, a 2% tax on online sales will likely be a hot topic of conversation for the government.

The prospect of a new wave of austerity is uncomfortable for many to stomach, especially following George Osbornes’ programme of lower public spending that began just a decade ago. The government must be aware of this, as committing to austerity contradicts their promises to ‘level up’ the nation.

While austerity is defined by high unemployment and low economic growth, some argue it is a necessary evil to balance the books in the long-term. However, even outside of government there seems to be a reluctance to encourage a fresh plummet into austerity.

To quote David Davis, former Brexit secretary: “Austerity would launch the economy into so many brick walls it would be hard to list them all. It’s a bonkers idea.”

Ultimately, we do not currently have a definitive answer for how the UK government will repay the recent increase in national debt. We are far from being out of the coronavirus woods, so to speak, and a lot can change between now and then.

Furthermore, there seems to be little consensus on the most appropriate avenue to take. These truly are unprecedented times, and only time will tell just how this increased national borrowing will be repaid.